So today “Living Social” is promoting a “Shootin’ & Drinkin’ Event” — right here in the District. I know what you are thinking; “oh good, alcohol and firearms are an excellent combination”. 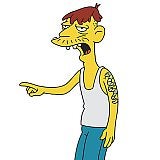 Fair enough, but it’s actually not as absurd as you may initially think. Take a look at their explanation:

…learn the fundamentals of skeet shooting from a team of expert marksmen before unloading .12, .20 or .16 gauge shotguns at flying disks. After filling up on a Potbelly’s lunch, you’ll venture to Againn Tavern in Rockville for an assorted Scotch tasting.

Moreover, all the transportation is included — so assuming you haven’t already Dick Cheney’d one of your friends, you won’t have to worry about driving over someone in a scotch/manliness fueled rage.  A few of my friends are suggesting we go, which I’ll agree to only under the following conditions:

Any other requirements I am missing dear readers? Please let me know in the comments. Oh, and if you are interested in purchasing this Lord Fauntleroy afternoon, you can find it here.

I know what you are thinking. “But SPY” you say, “despite your captivating wit, beauty and general timeliness, you sadly missed the mark on this one.  Even though it’s called Oktoberfest, the celebration is actually in September and  ends today.” True. I learned this…today.  However, for the lazy, uncultured beer-loving denizens like myself, fear not! There are many other Oktoberfest events still going  on. I have listed 4 that look particularly amazing:

Oktoberfest at Blob’s Park (Jessup, MD): The DC area’s largest Bavarian beer garden and  home to the first Oktoberfest celebrated in the USA  (1947), Blob’s Park is only open on Friday nights, Saturday nights and Sunday afternoons. Their Oktoberfest celebrations take place every Saturday night in October, complete with a 2,000 sq. ft dance floor, extensive German beer menu and  many German snacks. They are also vying for the title of Polka capital of the east coast. Who’s excited?!

Old Europe (Glover Park): This place is unreal. A  German restaurant that describes its atmosphere as “Old World Gemütlichkeit,” Old Europe celebrates Oktoberfest through October with steins of Spaten beer and specialty German dishes. They were voted one of the top 10 German restaurants in the USA, have accordion entertainment, celebrate Wurstwochen in the summer (Sausage week!), and people write on their facebook wall in German. I want to go there.

Maryland Brewer’s Oktoberfest (Timonium, MD): The most massive of the Oktoberfest events, this one will be held on October 9th from 12 to 6, rain or shine, at a tented fairgrounds. It features beers from 12 different breweries across Maryland, classic German food, Oompah bands and local musicians. There are also many contests, including a beer belly contest, Miss Oktoberfest and a Finnish carry-your-wife contest, where you… carry your wife? Admission is $25 at the door ($20 in advance) but gets you a souvenir tasting glass, 6 beer tokens for sampling and all the entertainment. If you want a festival, this is IT. They even offer transport for the car-less.

Rustico’s OctoBEERfest (Alexandria): ALSO running on October 9th from 12 to 6, Rustico’s  OctoBEERfest is a block party. There will be at least 30 Oktoberfest and autumnal beer varieties along with food from Rustico’s delicious sister restaurants (Birch & Barley, Columbia Firehouse, Tallula, Eatbar, Evening Star Cafe, Vermilion and Buzz). There will also be a moon bounce for the children, or the man-children. Don’t worry, they  have bike-cabs to take you to the Braddock metro so you your moon bouncing self doesn’t drink and drive.

So the National Geographic Museum is hosting a “Geckos: Tails to Toepads” exhibit through January 5, 2011. There are some interactive kid-oriented activities, but mostly it’s just terrariums full of different types of GECKOS.

I cannot express how excited I am for this. However, in order to know why I am so excited for such a random reptile, you need to know a bit about SPY. END_OF_DOCUMENT_TOKEN_TO_BE_REPLACED

I know what you’re thinking. I have explored DC. I have seen the Mall, numerous non-Mall museums, some art galleries and have been to H Street. I have seen  surrounding national parks and landmarks. Look, I understand this feeling all too well. DC is a small city, and sometimes you feel there is nowhere left to explore. However, the Cultural Landscape  Foundation (TCLF) will prove you wrong. This weekend the foundation is hosting their What’s Out There Weekend, an event that provides residents and tourists a chance to explore 25 free publicly accessible sites throughout the district. Not only will they tell you what these sites are, but they are offering free guided tours by experts at different times of day.

Some of their sites include the Franciscan Monastery Garden, Fort Circle Parks, Hillwood, Tregaron and the Kenilworth Aquatic Gardens. The Franciscan Monastery Garden and Hillwood (via TCLF)

Been to of all of these? If you have, I am truly impressed. For those like me who haven’t, TCLF has a very good website that gives you information, directions and pictures of these different cultural landscapes. The landscapes encompass  gardens, historical sites, cultural landmarks, and landscape design innovations.

All information on What’s Out There Weekend and its 25 featured sites can be found here. If you still want to do MORE exploring, Cultural Tourism DC is also offering Walking Town and Biking Town DC tours this weekend as well (details here). So get out of the house!

In an attempt to make people feel better about the impending fall and winter seasons, I wanted to spotlight two great (and free) neighborhood events going on in DC this week: Arts on Foot and Georgetown’s Fashion’s Night Out. END_OF_DOCUMENT_TOKEN_TO_BE_REPLACED

It’s almost here. The Glenn Beck “Restoring Honor” rally is taking place tomorrow, August 28th, at the Lincoln Memorial where Martin Luther King Jr gave his “I have a dream speech” 47 years ago. Sarah Palin is the keynote speaker. Al Sharpton is hosting a counter-rally. A tea party supporter has given a guide to fellow Beck ralliers advising them to stay INSIDE a downtown DC pre-approved safe zone. The metro will break down. Ice cream cones will melt all over children. Chaos. Mass hysteria. We residents brace for this. Now, if you like political rhetoric, zany signs and outspoken celebrities, you should venture downtown and check out the festivities. However, for all of us that just want to avoid the masses, here are some things to do “further afield” this weekend:

Finally you could always just GET OUT. Hiking, biking, kayaking and camping abound outside the district. Just make sure to check road closures. Enjoy the weekend reader(s)!!!!!!

By now you have heard all about the Maine Tea Party branch that posted a helpful guide for all the Tea Partiers about to file into DC. TBD, Wonkette, DCist and a host of other blogs have written extensively about it; with commentary ranging from the amusing to the predictable.

As soon as the news broke, I couldn’t wait to go through it. I mean, from all the reports it seemed to have absolutely everything I coveted; evidence the tea party is filled with naked racists, absurd characterizations about DC and her residents and a questionable comprehension of the English language. I mean, for a DC blogger, there is scarcely a better source for instant copy.  But all I got were quotes like this: END_OF_DOCUMENT_TOKEN_TO_BE_REPLACED

Because it’s Beer Week.  That’s it. It’s a week of beer. Beer week technically started last Friday, however save  kick off events on Friday and Sunday, the majority of festivities will occur today (23rd) through Saturday (28th). All the events are listed here. The Washington Post also lists their favorites, but it doesn’t narrow the list down by much.

Now, virtually all of these events require you to pay money since craft beers are involved. Alot of them also have limited seating availability. So with that in mind, I have given my recommendations. They are based entirely on what sounds the most awesome, and are as follows:

Attend the events my beloved reader(s). Because not only will you unwind with beer, but that beer will be CRAFT beer, so can feel like an intellectual for drinking it. Win-win.

The drink also comes with a hell of a story. You see (switch to Wild West voice), END_OF_DOCUMENT_TOKEN_TO_BE_REPLACED

I know dear reader(s), I gave you no advanced notice of Bethesda’s Restaurant Week. It is, err, right now. OH well. Serves you right for depending on this blog for “news.” Anyways, for this entire week, select Bethesda and Chevy Chase restaurants will be offering $12-$15  two course lunches and $30 three course dinners. Prices do not include drinks, taxes or gratuity. Opentable has details.

You know where these pics are from. And yes, CLICK the larger version

Ironcityspy has already taken advantage of this poor man’s service and is currently bragging about it. He went to LIA’s for lunch and got a delicious minute steak and a canoli for $15, which is about half price. I got a mediocre soup and salad from the office cafeteria for like $10, which I then ate in my windowless cube. He finds this disparity amusing. No, I am obviously not happy for him. Jesus. Would you be?

Anyways, you should go to Bethesda’s Restaurant Week. One-up Ironcity’s magnificent lunch. Please. For the DC spy community. We will covertly thank you.

(OH and also check out Alexandria’s Restaurant Week. Since I refuse to make the same mistake twice, it is from August 20-29, 2010. Over 60 restaurants are offering $35 for a three-course dinner or dinner for two. Details here!)