So I don’t know if anyone else has noticed these ads in the Washington Post:

Yeah. I did. Having that face stare at me while I read about a man being glued to a toilet seat at Walmart (yes that happened) was just too odd, so I did some investigation. What did I find? (1) Adi Da (the guy) is dead – He died in 2008 at 69, (2) this ad is to join the Maryland chapter of the religion of his devotees, and (3) I really need to become a spiritual leader.

According to Wikipedia, this guy, born Albert Jones, was a Lutheran, raised in Long Island, attended Columbia and Stanford, did tons of psychotropic drugs in yuppie Palo Alto before moving to Greenwich village where he did yoga and things. His dad said he needed to get a job so he trained to be a Lutheran minister, had a breakdown and dropped out, became a Scientologist, then dropped out of that and started traveling around India until one day he said he realized “the bright” (spiritual enlightenment) in LA, opened an Eastern religion bookstore  with a Scientologist’s backing, and started lecturing about his autobiography he had just written . The most spiritually enlightened of mullets

Then he founded his religion, then called “The Dawn Horse Communion,” now called Adidam, in which he declared himself “the divine lord in human form,” and declared that people can find spiritual enlightenment through him.

I am like the sunlight in the morning. I intensify the light of morning until you Awaken…Am your own True Self-Nature Appearing within the dream to Awaken you. I am your Awakening, and your Always Already Conscious State – from the ad link (specifically tailored to Washington Post readers) 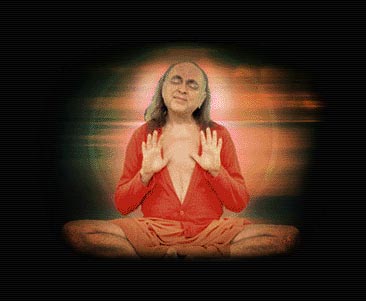 I mean. He is a crazy person. Also sort of looked like a serial killer in his youth. Which seems funny until you realize Adidam has enough money to do ads in the Washington Post, has quotes from UN Officials who have found enlightenment, and has spiritual centers internationally. One of my friends told me she wanted to be a spiritual guru. She said it would involve cucumber slices, yoga and Death Valley. Honestly, why not? Here is what you need

Now, obviously drugs, sexual liberalism and other things are optional. However, let me stress that it must occur in warm weather – nobody wants isolation in Siberia. So is Adidam my spiritual teacher? No. But if you need one, let me know. Many cucumber slices await you.