This past Tuesday, the National Portrait Gallery removed a 4 minute video depicting a statue of Jesus being covered in ants. The video was created by the late David Wojnarowicz, and was removed due to pressure from both Rep. John Boehner and the insidious Bill Donohue of the Catholic League.

The video was part of an exhibit that explored same-sex portraits and sexuality, and was meant as a criticism of the Catholic church for it’s stance on homosexuality, condoms and AIDS prevention. 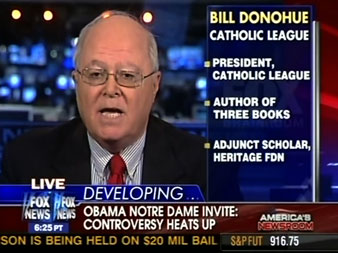 Why exactly does an organization that boasts over a billion members need a league?

The video can be seen here on the Post.  I’ve watched it twice now, and I will grant you it is somewhat disturbing. But to say it is “hate speech” and needs to be removed is insulting to any fair-minded person.

The basic crux of Donohue’s argument is is it is insulting to Christians, and as such, needs to be taken down. I am sorry, I didn’t realize the moment art offended someone it should be removed from public view? The blatant disregard the Catholic League has for freedom of expression would be dizzying if it stopped there — but it doesn’t.  Donohue has also called on the House and Senate appropriations committees to reconsider future funding for the Smithsonian:

My immediate concern has been relieved. But this is hate speech. It is designed to insult. This is a sad commentary on the judgment of the Smithsonian.

This is religious bullying at it’s worst. Donohue is insinuating that if the Smithsonian does anything else that “insults” or “offends” Catholics, he’ll do all he can to remove their funding.

You know what offends me? When the Church systematically covers up child rape. Or how they are partially responsible for the spread of Aids throughout Africa. Or Donohue arguing there is a correlation between homosexuality and pedophilia. And you know what is actual hate speech? Donohue blaming the deaf victims of torture and molestation for not speaking up sooner.  But I would never argue against their right to say this nonesense. So why exactly does Donohue feel entitled to rail against free speech?

But the opposition to this hasn’t been entirely religious. John Boehner has come out against “taxpayer money” being used on something so “offensive”. Have a look at what his reptilian spokesman, Kevin Smith, had to say:

American families have a right to expect better from recipients of taxpayer funds in a tough economy,” Smith said. “While the amount of money involved may be small, it’s symbolic of the arrogance Washington routinely applies to thousands of spending decisions involving Americans’ hard-earned money.

This is populist drivel. He is essentially implying regular Americans think: “we don’t want our money to go to this queer stuff”. Look I get the Libertarian argument that government is not meant to fund things like art — and I think that logic has merit. But, also according to the Post, the show was PRIVATELY FUNDED and underwritten by foundations that support gay and lesbian issues. It’s not costing the taxpayer anything! So to use this as some kind of big government – Washington insider – misuse of taxpayer money rallying cry is inconceivably cynical.

This was an excellent opportunity for the Smithsonian to stand up in defense of free speech — to show they would not be intimidated by religious and political thuggery. But instead they decided on a craven and pathetic response; removing the video. This is shameful and disgusting and should not be tolerated by those of us that cherish free expression. Thankfully, there is a protest in support of the video being held today at 5:30, as well as others speaking out against this. Art is meant to challenge and be controversial. I understand Donohue and Boehner want a gallery full of Norman Rockwell paintings — but don’t expect the rest of us to go along quietly.

6 thoughts on “Removal of video from Portrait Gallery is shameful”