Apologies for the lack of a post yesterday — DC Spy is in the midst of law school hell, so you’ll likely be seeing me battening-down the hatches for a little while.

At any rate, being that this is Friday, Spy will probably expect some fashion of “date night” tonight. Well, if I weren’t nobly battling a brutal upper-respiratory infection that is– but I digress. While I am not sure this is true for all of you, for us “date nights” typically center around movie watching. This is utterly phenomenal for me, as I love nearly all movies. “The Mummy” for 3,000th time on TBS? Sign me up! “The Rock” is on again on USA? Get ready to hear “I’m only borrowing your humvee” for the next two weeks!

But there are two notable exceptions to my movie-philia: chick flicks and those abortions of cinematography known as “spoof movies” (think David Zucker, Wayans brother’s types — Scary Movie, Dance Movie, etc…). While those spoof movies are universally abysmal, the same can not be said for chick flicks. While most are cheesy, contrived, cliched and usually unwatchable — there are still a select few that I will happily endorse. So without further adieu, I give you my top 5 chick flicks:

Such an unfortunate poster

There really can be no debate here. Love Actually is overwhelmingly the best Chick Flick ever made — and it isn’t even close. I was as reticent about this film as I think any self-respecting man was. The title isn’t doing itself any favors, nor the all-English cast (think the excruciating Pride and Prejudice), not to mention the marketing (above.) But the viewer is treated to a remarkably funny, interesting and nuanced approach to the many forms of love (not to mention lust, betrayal, and heart-break.) The film starts with a brilliant scene in Heathrow Airport where the director secretly films the genuinely moving joy between real loved-ones at the arrivals gate. From there we are taken through expertly weaved minuets that lead us to a very honest and wonderful climax. Unrequited love, complicated love, love between friends, love between families and several moments of Anglo-American love show a delicateness that is utterly devoid in most contemporaries. This is the ideal date movie, especially around the holidays, and should be watched immediately. Also, avoid the terrible American version “Valentines Day,” which is the Dane Cook of remakes.

Best moment: With apologies to the opening — Bill Nighy steals every scene he is in.
2. Just Friends 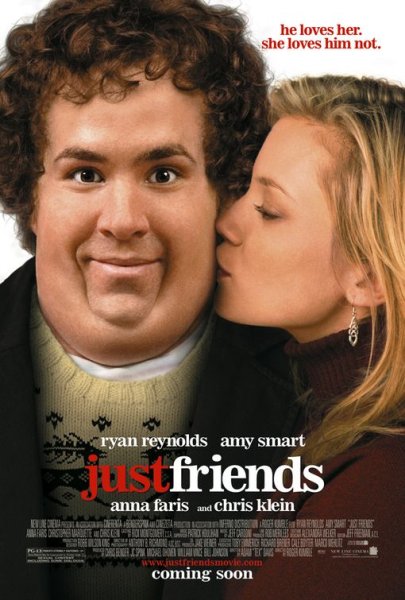 Give it a chance!

While lacking the depth and uniqueness of “Love Actually”, “Just Friends” is probably the funniest chick flick ever made. Yes it is cliched. Yes it is just Ryan Reynolds playing Ryan Reynolds. Yes you can probably guess the entire plot and ending. However, if you can get past that and the film’s first 15 minutes (which the IronCityspy family could not), you will be in for a treat. Ryan Reynolds and Anna Farris have incredible comic chemistry and play off each other brilliantly, the jokes are surprisingly clever and off-center, and the film features the most accurate relationship between an older and younger brother I have ever seen (it’s hard to quantify, but if you have seen the film and fall into this category, you will get my meaning.) Moreover, the entire film lacks that typical saccharine sweetness until literally the last 5 minutes — so you will be spared that headache. Do yourself the favor and rent this film (just don’t watch it on TV, as it tends to be stripped of many of the best lines.) 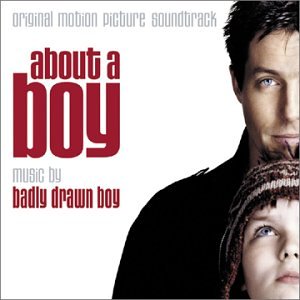 I really am trying to keep the Anglophilia tied down — but it’s not my fault my father’s people seem to do the Chick Flick well (Jane Austin period pieces not withstanding.) About of boy is awesome for two main reasons:

The director does an excellent job keeping true to the original story and making sure Grant remains wicked throughout.

Tina Fey is not nearly as talented and funny as her reputation suggests, but this is still a very solid movie. Lindsay Lohan actual does a really good job (and looks relatively pretty in her pre-cocaine period) — which makes her current state all the more sad.

I guess I will throw this one on here. Men don’t really love musicals, but we do love good stories and good acting (note: Glee has atrocious writing, terrible acting and some of the worst musical production I have ever seen — thus it does not meet this criteria). If your boyfriend surprises you with the fact he likes Glee, be prepared for other surprises down the road. While I admit I found the songs “meh,” the acting, story and production value kept me entertained throughout and yes, I needed a 5th movie.

Before I end the post, I just wanted to quickly note 2 movies that did not make the list but are generally (falsely) considered man-approved. I’ll list them here and tell you why, in fact, they are far from winning my approval.

Jerry Maguire: Ugh what a tedious and stupid movie. No, we don’t love the “sports.” Bad acting, terrible dialogue, snail-pace plot and some of the more annoying scenes ever placed on film.

When Harry Met Sally: The orgasm scene is not funny. Neither is any of it, really.

…and that pretty much exhausts the list.  I mean seriously, other than maybe Bridget Jones, are there any other gender-neutral chick flicks? Per usual, I look forward to sifting through your hate-mail in the comments section. Happy Friday!

8 thoughts on “Chick flicks for the rest of us”