Redskins fans, I feel absolutely terrible for you. I honestly, sincerely do. I’ve spent nearly a decade delighting in your struggles. I’m not sure why really. Generally, you are a pretty agreeable lot. I think it stems from the general wickedness of your owner. Or maybe I just like watching big market teams with unending funds struggle. Whatever the reason, I’ve been as derisive as one can possibly be.

But after this season, I’m slowly beginning to thaw. The embarrassing string of events that has transpired makes me feel nothing but sympathy — which I’ll explain:

By now, all of you have heard about Donovan McNabb’s (whom they shipped a 2nd round pick to receive, yet still have not resigned) two minute drill benching. The week that followed was one clumsy and demeaning excuse by Mike and Kyle Shanahan after another. Both of whom, you remember, were touted as the latest saviors for this franchise. I think a quick summary is in order: 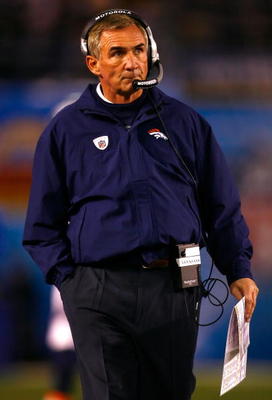 This all gets me back to my original point — this is unfair to Redskins fans. It’s not unusual for new coaching staffs to generate buzz, but this staff believed and helped propagate the hype. If their aging quarterback doesn’t perform? It must be his conditioning. If the losses start mounting? No worries, we are all geniuses — we’ll get it sorted.

This coming Monday, the entire nation will get to watch as McNabb’s former team comes to Washington. This time though, I doubt Michael Vick will be taken out of the game. As such, I can think of absolutely no scenario where the Redskins don’t get demolished. This is a shame. Donovan McNab deserves better than this. His teammates deserve better than this. And most of all, the suffering fans don’t need to see yet another national debacle.

I could be wrong — maybe they really are geniuses. They’ll need to be if they expect to survive Monday.