So Monday was the 2010 Miss Universe pageant. SPOILER ALERT Miss Mexico won. She was crowned queen of the universe. Technically she should be queen of the Earth, since she beat out all of Earth’s countries, but we lost our chance to join the Federation of Planets  long ago:

Anyways, the race was tight for awhile with Miss Philippines close on Miss Mexico’s heels until our Southeast Asian competitor was asked in the interview portion “what is one big mistake you made in your life and what did you do to make it right?” and responded thusly:

“In my 22 years of existence, I can say there is nothing major — I mean, problems — that I have done in my life, because I am very confident with my family with the love they have given me. Thank you so much that I am here!!”

Yikes. There is a reason the interview is only one question. So yes, she lost, Mexico won and now I can talk about the best part of Miss Universe: the National costume contest. This is the section of the pageant where the contestants parade around  in skanky/drag queen versions of their country’s traditional dress. It’s my favorite. And these are my favorites of my favorite, in VERSUS form:

MOST BADASS: USA vs. Venezuela 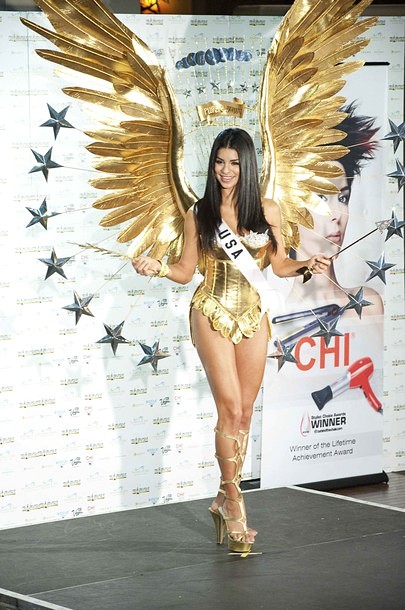 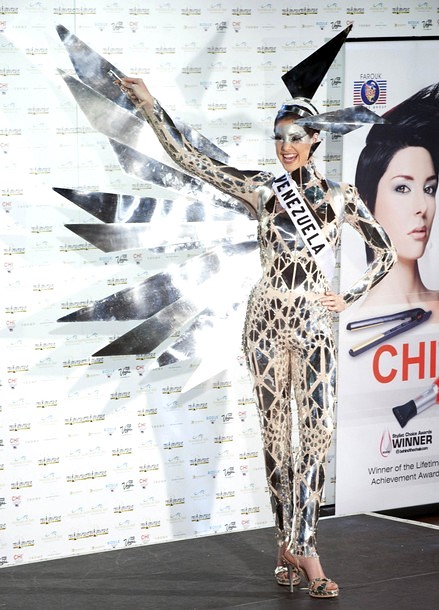 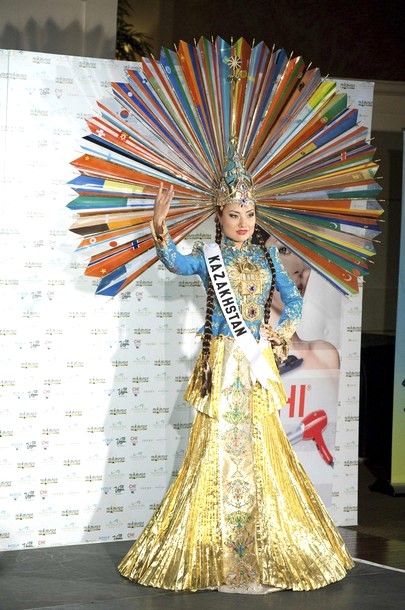 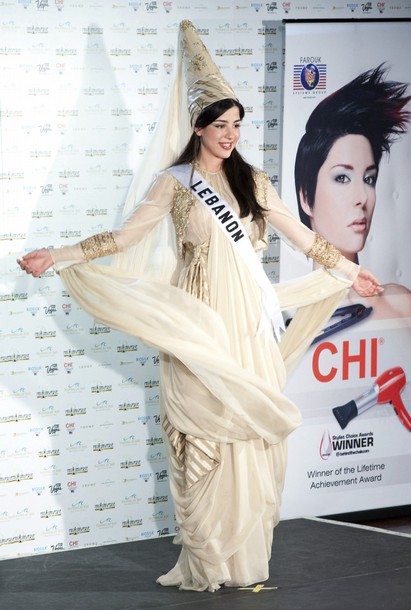 Winner: Panama. Simply because so many endangered species died for that hat. Runner up to Lebanon for winning the Hogwarts vote and having no perceived cultural relevance.

MOST SKANKY: “Battle of the Balkans” Albania vs. Croatia 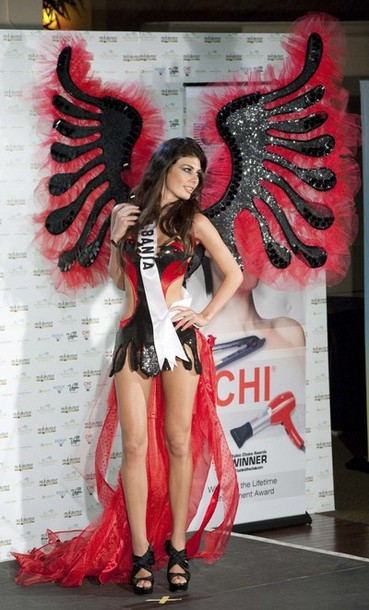 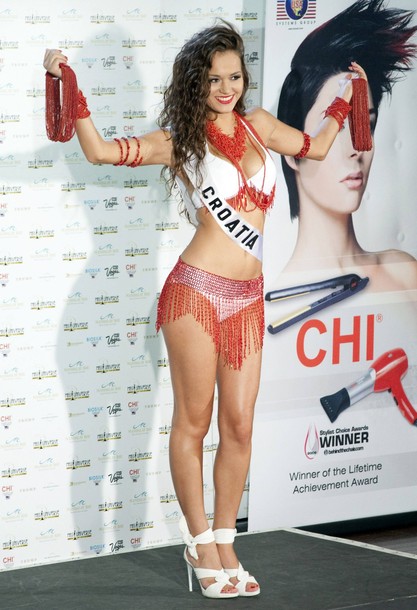 Winner: Croatia. It’s a bathing suit in Croatian flag colors with mardi gras beads. Although I do like the heaven & hell party skank-eagle.

THE EMBARRASSMENT OF EUROPE: France vs. Great Britain 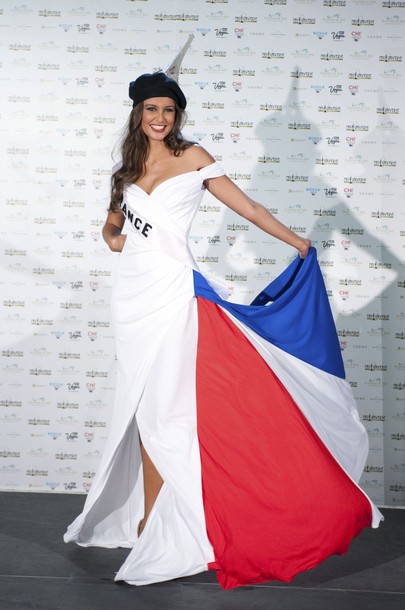 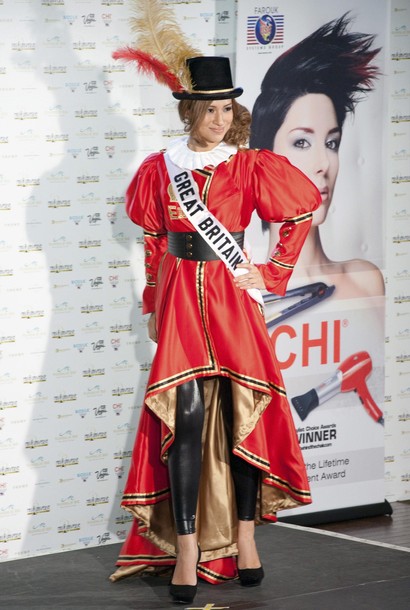 Winner: France. Nothing says Chanel like a beret with an Eiffel Tower glued to it. Although I am disappointed in England, “beefeater” had so many skank possibilities. 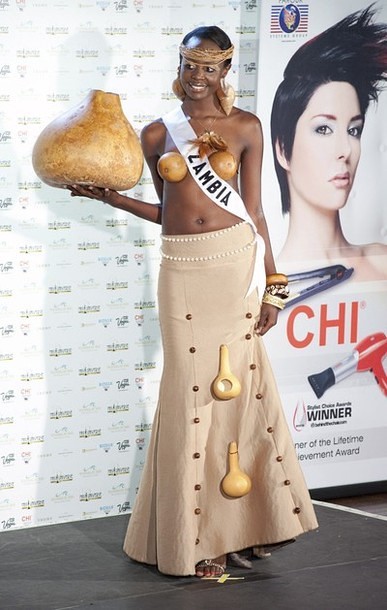 Jesus. Those are the saddest gourd boobs I have ever seen. As if it wasn’t hard enough in Zambia. If you want more national costumes, you can find them here and here. Congrats again Miss Mexico!

7 thoughts on “A Recap of the Miss Universe Pageant: Miss America goes USA all over their asses”