Honestly, I am surprised Top Chef didn’t go there. The pun potential was code orange this week with the military theme. Yes, last night was Restaurant Wars, the Top Chef staple that transforms the most straightforward of tasks (serving dinner at a restaurant) into the most overly dramatic of situations. The episode did not disappoint. Liters of booze were gained, turns of phrase were made, and a soldier went down with a fight. His passing was a surprise to many.  Time of death: 9:59pm. Cause of death (SPOILER): cheese ball. The worst way to go. But let’s start from the beginning.

The tag team challenge was done last season and it was a good choice. Basically, the two teams of 4 cheftestants have to prepare one dish relay-style and are all blindfolded until it’s their turn. The teams are Team Blue (Kenny, Amanda, Kevin, Kelly) and Team Red (Tiffany, Alex, Ed, Angelo) in that order, such that the weakest link is second.

The beast and burden

They run around, Kenny continues to inanely refer to himself in the third person as  “the beast,” while ALEX forgets  that salt is pretty much invisible to the naked eye and salts his fish only to have it re-salted by Angelo five minutes later. Nancy Pelosi judges, diplomatically notes saltiness, declares Team Blue the winner, and fails to make any distinct facial expression.

The chefs take over Redwood in Bethesda in the same teams. Conversation is immediately dominated by how to keep Edward Scissorhands Alex away from any semblance of food. The footage cuts to chefs going into Restaurant Depot and then out of Whole Foods, I assume via teleportation device. Alex then morphs into the the  King Midas of ruin. Ruins the fish, ruins the meat, ruins the service, ruins words, “this is a braised, I mean broiled, pork chop, I mean lamb, wait what? BORSCHT”  The red team names their restaurant EVOO, which reminds me of emu, and then effing Rachael Ray (EVOO = extra virgin olive oil). Yes (sigh), I have seen Rachael Ray.

The other team is named Twenty one 21, SNOOZE. While the red team runs around and screams, the blue team is a sea of calm. Hmmm. Wonder if that will backfire?

Frank Bruni of the New York Times is the guest judge. CUE WORDPLAY. He describes Kenny’s salad as ” hamburger helper,” Amanda’s steak as “nice shoes with a bad suit,” Kenny’s goat cheese dessert as both “a monstrosity,” and “soapy.” (yes, soapy), and gushes over Kevin’s halibut and Ed’s turbot. In the end, the red team won in spite of Alex’s awful service by simply putting out better food. Ed was the ultimate winner for his Turbot, and got a lot of booze (score!), while Kenny lost. Yes, they killed Kenny. 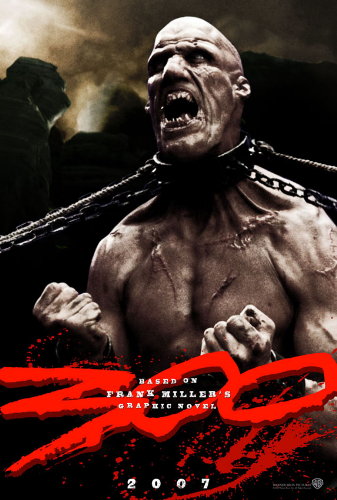 The Beast has lost

I know, it’s a SHOCK. But is it? Kenny doesn’t really….win. He mostly just talks in the third person. He and his team also tried to throw Alex under the bus for doing nothing. I mean Alex DID contribute nothing, but his team won and them’s the rules. His time will come. In the meantime Kenny, work on your cheese ball. Nobody wants a soapy cheeseball.