Philly is the City of Brotherly Love, Baltimore is Charm City and now DC is … the DMV? Yes, the Post reports that the DMV, as in D for District, M for Maryland and V for Virginia, may become our town’s newest nickname. Apparently it is used all over hip hop radio stations and is quickly gaining ground. Per the article, it ”may even displace Chocolate City.” Ha. I can’t imagine why!! The Post then analyzes Chocolate City based on African American living trends as if the there is some other reason, other that it being SUPER racist, for it’s fall from relevance.

So unless you want “DMV” join the host of other things started by black people and ruined by white people (Dave Chapelle, Mos Def, Bob Marley, “fo shizzle,” poetry slams, Fresh Prince of Bel-Air, Steelers jerseys etc), it should just stay grassroots. If it catches on, oh well. Threadless will have a lot of ironic DMV t-shirts to sell. 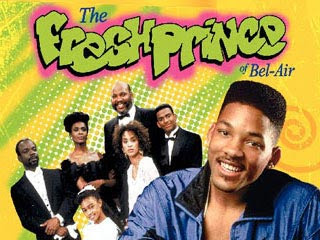 who knows all the words?!

For now, I am going to stick with “the District.” It may be boring and not overtly reference MD/VA, but its short and sweet.  Anyways, the Post’s counter examples of “the Bay Area” and “the Southland” (which NOBODY says), are just as boring. But now, for some other DISTRICT news

Question of the day:do you like DMV? If not, any other nickname?